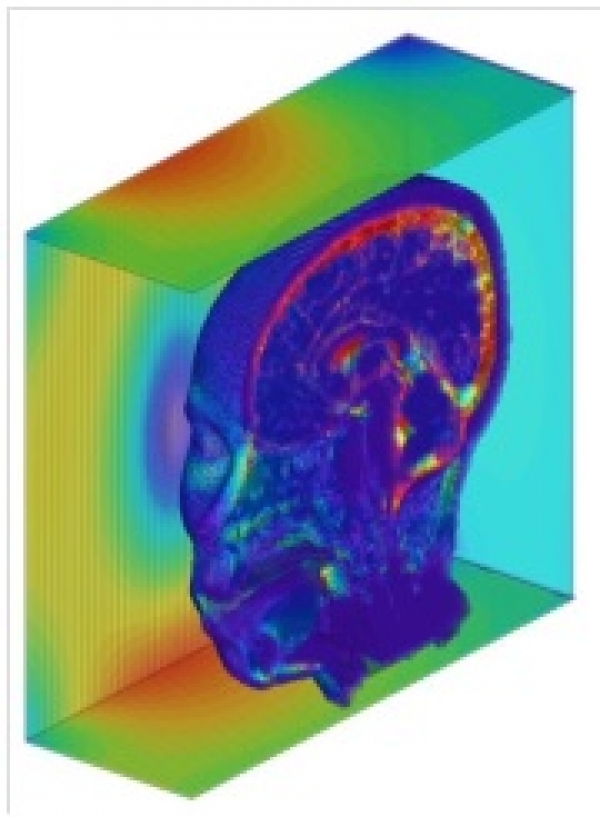 Feature of the Month – The Mobi-Kids Exposure Assessment Team

The Mobi-Kids Exposure Assessment team is developing a tool-kit that will provide detailed estimates of exposure to both radio-frequencies and low frequency fields from mobile and cordless phones. Unlike any previous case-control epidemiological study, thesedose estimates will not only take into account the non-homogeneity of tissues in the brain, but also morphological differences due to age. The team will also provide occupational and environmental exposure estimates to other sources electromagnetic fields (EMF), as well as to other potentially relevant factors such as air pollution and drinking water disinfectants by-products, amongst others.The team is led by Dr Myron Maslanyj, and is formed of various experts in the field of EMF exposure from Australia, France, Japan, Korea, Netherlands and UK. Dr Myron Maslanyj also leads the low frequency exposure assessment work, and receives support from Dr Calderon, Dr Mee and Mr Addison for measurements, and from Dr Finlay* for the numerical modelling of induced current densities in the head.

Different mobile phone communication systems need to be investigated, not only because of the period of interest of the study, but also because of its large geographical span, covering 16 countries. Prof Taki and Dr Lee therefore provide exposure assessment measurements and simulations for both ELF and RF for communication systems used in Japan and Korea respectively.

Dr Sim and Dr Kromhout are the team’s experts in environmental and occupational exposure. They are responsible for coding and validating the occupational and residential histories and linking these to occupational and environmental sources of exposure.
The Mobi-Kids Exposure Assessment team is mainly funded by the European Commission (grant agreement FP7-ENV-2008-226873). Prof. Masao Taki’s Department receives a grant to support numerical modelling work under a university-industry partnership.
*Dr Finlay worked at Health Protection Agency (now Public Health England) until 2012.

What is your/your centre’s previous experience with radiation research? And with environmental exposures/epidemiology?
Myron Maslanyj: Public Health England (PHE), formerly Health Protection Agency (HPA), is a WHO national collaborating organisation in the area of Non-ionising Radiation and has a major advisory role in the UK. In 1994, PHE published the first high-resolution calculations of energy absorption (SAR) in the head from mobile phone use. PHE’s computational work on temperature rises, induced body currents and whole-body exposures from plane waves has been a valuable input to the development of exposure guidelines. The Department has also played a major role in supporting epidemiological studies of childhood leukaemia in relation to residential exposure to ELF magnetic fields, and UK and international adult brain tumour studies, including INTERPHONE.
Ae-Kyoung Lee: EMF policy, exposure assessment and measurement standard, biological application of EMF, development of exposure systems for in vivo and in vitro experiment
Why do you think MOBI-Kids is an important study?
Ae-Kyoung Lee: The research results of Interphone Study greatly contributed to the WHO/IARC’s classification of RF EMF as Group 2B carcinogens. Mobile phones are frequently being used among adolescents and children in many countries.  I think Mobi-Kids Study is also to play an important role in health effect assessment of RF EMF because children and adolescents are included in the subject group.
WHO’S WHO?

Additional members of PHE working on the MOBI-KIDS project:

Carolina Calderon is a researcher in the EMF Dosimetry group, and her current research interests include the measurement and characterisation in the near field of low frequency small sources. She performs the ELF PHE measurements for Mobi-Kids.

Terry Mee is a researcher in the EMF Dosimetry group with expertise in low frequency fields, and was involved in the UK Childhood Cancer Study. He provides scietific support for the Mobi-Kids ELF data analysis and algorithm.

Darren Addison is a scientist in the EMF Dosimetry group who provides instrumentation and measurement support to all areas of the group’s activities, and performs both ELF and RF exposure assessment measurements. He provides scietific support for the Mobi-Kids ELF measurements.

Joe is head of the Orange labs R&D unit SRG/SRH (interaction of electromagnetic waves with humans) in the RD division of France Telecom. His research interests include electromagnetic compatibility, bioelectromagnetics, antenna measurements, computational electromagnetics, and signal processing. He is Chairman of the CENELEC Working Group in charge of mobile and base station standards and First Vice Chairman of the URSI French Chapter ( CNFRS) and one of the french representatives at COST BM0704. Joe Wiart is senior member of SEE since 1998 and Senior member of IEEE since 2002. Joe Wiart has led several national project dedicated to dosimetry (see http://whist.institut-telecom.fr/).

Emmanuelle Conil, formerly a researcher in the Orange labs R&D unit SRG/SRH, received the Engineer degree from the Ecole Centrale, Lille, France in 2002 and the Ph.D. degree in Physics from the Grenoble Institute of Technology (INPG), Grenoble, France in 2005. After one year as postdoctoral researcher at the Electromagnetics Research Department, SUPELEC, Gif-sur-Yvette, she worked for France Telecom R&D Orange Labs as a Research Engineer. She has been involved in many research projects funded by ANR, ANSES and the European Commission. She is currently working at the French National Agency of Radiofrequencies (ANFR).

Nadège Varsier received the Engineer degree from the Telecom Bretagne in 2002. She worked at NICT, Japan between 2006 and 2008 and she received the Ph.D. degree in Electrical and Electronic Engineering from the Tokyo Metropolitan University, Japan, in 2009. Since 2010, she worked for France Telecom R&D Orange Labs as a Research Engineer. She is currently also involved in the FP7 project LEXNET.

Abdelhamid Hadjem received the MSc degree in electronics from the Pierre and Marie Curie University (Paris VI), Paris, France, in 2001, and Ph.D. degree in electrical engineering from Paris VI University, France, in 2005. Since 2006, he has been with the research and development France Telecom, Issy les Moulineaux, France. His research interests are RF-EMF interactions with humans and biomedical applications of numerical electromagnetic techniques.

Masao Taki is a professor at the Department of Electronics and Information Engineering at the Tokyo Metropolitan University, Tokyo, Japan. His research interests focus on dosimetry of electromagnetic fields, such as exposure assessment of SAR in the human head during the use of mobile phones and current density induced in the human body due to exposure to ELF magnetic fields. Prof. Taki was an ICNIRP member from 1995 until 2008 and chairing the ICNIRP SCIII from 2000 until 2004.
Ae-Kyoung Lee is a researcher at the Radio Technology Research Department of Electronics and Telecommunications Research Institute (ETRI). She has been involved in projects on measurement technologies and numerical analysis of human exposure to RF fields, and is a member of IEEE ICES and Korean National Committee of IEC TC106. She performs ELF and RF measurements, mobile phone modeling and SAR simulations for Mobi-Kids Study.

Additional member of ETRI working on the exposure assessment for the MOBI-KIDS project:

is a managing director at the Radio Technology Research Department of Electronics and Telecommunications Research Institute (ETRI). He has developed RF radiation protection standards and regulations. His research fields include EMC countermeasure, electromagnetic wave absorber design, and absorbing and shielding materials. He is a member of Korean National committee of IEC TC106.

Seon-Eui Hongis a researcher at the Radio Technology Research Department of Electronics and Telecommunications Research Institute (ETRI). Her work has involved studies on RF radiation analysis of RFID and WPT systems. She performs SAR simulations for Mobi-Kids Study.

Malcolm Sim is Director of the Monash Centre for Occupational and Environmental health and has particular interests in the role of workplace and environmental factors in the aetiology of cancer and other chronic diseases. He is a Chief Investigator in the Australian Centre of Research Excellence for Population Health Research on Electromagnetic Energy and has been involved in studies of cognitive function and mobile phone use in schoolchildren.  He is also the Chief Investigator for several occupational cohort studies and the Australian Mesothelioms Registry.  Prof Sim spent 6 months as a visiting scientist at the International Agency for Research on Cancer (IARC) in 2007 and was a member of the IARC Working Group which reviewed the human carcinogenicity of RF exposure.

Additional member of Monash working on the exposure assessment for the MOBI-KIDS project:

Geza Benke is an occupational hygienist with a strong track record in exposure assessment for epidemiological studies. Dr Benke is also an investigator in the Australian Centre of Research Excellence for Population Health Research on Electromagnetic Energy and has been involved in studies of neurocognitive function and mobile phone use in schoolchildren, as well as validation studies of mobile phone use.  He is a member of international exposure assessment committees for the INTERLYMPH and INTERPHONE studies.

Hans occupies a Chair in Epidemiology of Health Effect from Exposure to Electromagnetic Fields since 2008. He is a senior exposure scientist and epidemiologist and has been involved in major epidemiological studies on EMF and adverse health effects since the early 1990s. As a visiting scientist he played an important role in the exposure assessment of the UNC Chapel Hill EPRI (Electric Power Research Institute)-funded industry-based cohort study on leukaemia and brain tumours among 140,000 electrical utility workers in the USA. He is co-PI of the Dutch Pooled Cohort Study which is part of the COSMOS Study. He is heading a large research group at Utrecht University responsible for most of the epidemiological research performed under the Dutch EMF and Health Programme.
His co-workers are Dr. Roel Vermeulen and Dr. Geertje Goedhart-Wolf who both are contributing to the exposure assessment for cases and controls and their parents as well as piloted the XMobisense application in The Netherlands.