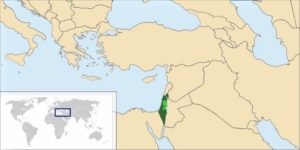 The Israeli center was, and still is, an active partner in the international investigation of the possible health effects of mobile phone use,  beginning with a pilot study performed in 1998 and followed by the Interphone study (2000-2007). Therefore, it was only natural for us to participate in the Mobi-Kids study.

The Israeli center is responsible for Work Package 2 which has an important role in the finalization of the study instruments including the study protocols, questionnaires and procedures for implementing the study.

The Cancer & Radiation Epidemiology Unit is investigating health effects of both ionizing and non-ionizing radiation. One of our main studies is a long term follow-up of health effects of childhood exposure to ionizing radiation (the Israeli Tinea Capitis [TC] study). This research is based on a large cohort of 29,475 individuals who were  exposed to radiation in the 1950s, for the treatment of Tinea Capitis (ringworm) and evaluates risk of developing cancer and other health outcomes among irradiated subjects. These studies also explore the hypothesis of genetic susceptibly to radiation aiming to identify genes involved in the formation of radiation induced tumors. The results of the Israeli TC studies have been implemented in legislation and in the formulation of the appropriate medical guidelines for irradiated subjects.

In the field of brain tumors, the unit is involved in several studies among which are 2 international  studies, administrated in Baylor college of medicine (BMC), Huston Texas, USA, focusing on the investigation of the  genetic background of familial and sporadic glioma (Gliogene and GICC studies): The Gliogene website: www.gliogene.org

Technological advances in telecommunications, have led to increasing exposure to non-ionizing radiation (NIR), raising concern regarding its potential health effects. Consequently, the Israeli government resolved to establish a National Information Center on NIR.

The Center is guided by the precautionary principle and promotes educated use of technologies involving NIR, while maintaining a balance between rapid technological advances and protection of public health. 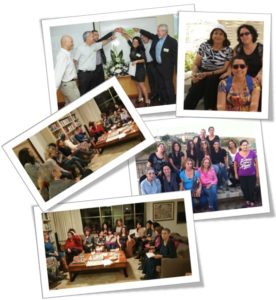