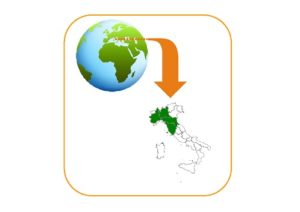 The study is conducted in four Italian regions (Piemonte, Lombardia, Emilia Romagna and Toscana), comprising more than 22 million inhabitants, about 37% of the Italian population, and approximately 3 million of 10 to 24 years old children and adolescents. Fieldwork started in 2011 and has already involved 112 cases and 195 controls. It is scheduled to continue until the end of 2014.
Italian participation in MOBI-Kids is partially supported by a Ministry of Health grant (RF-2009-1546284).

The University of Turin (UNITO) is one of the largest and oldest Italian Universities, with approximately 70000 undergraduate and 1800 post-graduate students and 4000 staff. The Department of Medical Sciences accommodates the Cancer Epidemiology Unit (CEU), an important Italian epidemiological research centre with specific expertise in clinical, occupational, environmental, molecular and life-course epidemiology, cancer registration and prevention programmes, as well as epidemiological and biostatistical methods. CEU is part of the Referral Centre for Epidemiology and Oncological Prevention in Piemonte (CPO).
Franco Merletti, National Principal Investigator. Franco is Full Professor of Statistics at UNITO and coordinator of CPO Piemonte and CEU. He is a cancer epidemiologist, and has coordinated and participated in a large number of population-based studies, birth cohort research programmes, and consortia on occupational, environmental and life-style exposures.
Milena Maule, National co-Principal Investigator. Milena is Assistant Professor in Epidemiology and Biostatistics at CEU. Her work includes population-based cancer and diabetes studies, descriptive and aetiological childhood cancer studies, and methodological research on Bayesian methods in Epidemiology.

Enrica Migliore, National and Regional (Piemonte) Fieldwork coordinator. Enrica is an environmental epidemiologist of CEU. She has participated in many population-based studies on respiratory disorders, cancer and air pollution effects. 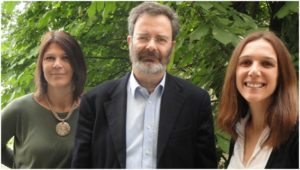 The Foundation of the Carlo Besta Neurological Institute is a regional and national centre of excellence for research and treatment of oncological, degenerative and neurological diseases affecting both children and adults, and is highly active in the field of neurosurgery.

The Institute for Cancer Research and Prevention (ISPO) has been at the forefront of cancer prevention for over 40 years. It is active in epidemiological research and evaluation and intervention in primary and secondary prevention of cancer. In the early ‘70s, ISPO played a pioneer role in the implementation  of population-based cancer screening programmes and reached an extensive experience in planning, conducting and analysing epidemiological studies, with particular focus on lifestyle, occupational, environmental and dietary cancer risk factors.

Graziella Filippini, Regional Investigator. Graziella is Senior researcher, past Head of the Neuroepidemiology Unit at the Istituto Neurologico ‘Carlo Besta’. She is a neurologist and an epidemiologist. Her main research interests are in cancer of the nervous system and multiple sclerosis. She is Coordinating Editor of the Cochrane Multiple Sclerosis and Rare Diseases of the Nervous System Group.

Mariangela Farinotti, Regional Fieldwork coordinator. Mariangela is an epidemiologist in the Neuroepidemiology Unit at the Istituto Neurologico ‘Carlo Besta’. She is responsible of the Hospital Cancer Registry and has been involved in many epidemiological studies on neurological diseases.

Stefano Mattioli, Regional Investigator. Stefano is Associate Professor of Occupational Medicine at the University of Bologna. He worked in a large multicentre Italian study on electromagnetic fields and childhood leukemia. His research interests include investigation of the etiological relations between environmental/occupational exposures and various types of disease. He is involved in bibliometric analyses, with particular interest in creating useful filters for systematic searches, and in Cochrane reviews. 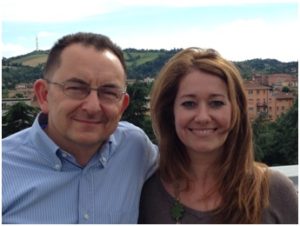 Lucia Miligi, Regional Investigator. Lucia is a senior epidemiologist at the Environmental and Occupational unit of ISPO. Lucia has a long term expertise in occupational and environmental epidemiology, occupational cancer surveillance and in exposure assessment methods. She is involved in national and international case-control studies, particularly on  hematholymphopoietic malignancies. She worked in a large case control study on childhood leukemia, lymphoma and neuroblastoma and electromagnetic fields.

Sara Piro, Regional Fieldwork coordinator. Sara is a biologist specializing in clinical biochemistry and she is involved in population-based cancer studies and in gene-environment interaction studies. She has experience in molecular biology, particularly in studies on biomarkers of exposure of early damage in adult and childhood populations exposed to occupational or environmental chemicals. 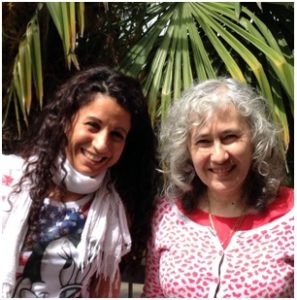 Stefano and Lucia: In Toscana and in Emilia Romagna we coordinated the data collection of the SETIL study, a large multicentre Italian case-control study on childhood leukaemia, lymphoma and neuroblastoma and children (or parental) exposure to electromagnetic fields (extremely low frequencies) and other potential environmental or occupational risk factors. We were directly involved in the analysis of the SETIL study data on parental smoking habits and parental  occupational  exposures. In Tuscany  we studied solar UV exposure in outdoor workers and exposure to UV lamps in the general population.
Franco: my main research interest is the aetiology of cancer. I have been involved in many studies investigating the potential carcinogenic role of occupational, environmental and life-style exposures. Recently, I have become involved in studies based on both traditional and web-based birth cohorts, designed to investigate the potentially life-long effects of exposures in the pre-natal and early post-natal life.
Milena and Enrica: In addition to the relevance of the main research question, MOBI-Kids has posed a lot of stimulating challenges, not only in the design but also in the conduction of the study. The simultaneous inclusion of children, adolescents and young adults, implying case ascertainment and control identification in specialized and general wards and hospitals, the collection of information from many different sources, including interviews to the parents of participating subjects, or the data from cell phone network operators, the difficulties in dealing with a potentially fatal disease in a vulnerable young population are just some of the aspects that make our task both hard and rewarding.