Feature of the Month – Canada

Feature of the Month – Canada

Mobi-Kids in Canada is coordinated by Dr. Daniel Krewski, national PI, and Ms Charmaine Mohipp, national fieldwork coordinator, at the University of Ottawa, in collaboration with the British Columbia Cancer Agency in Vancouver and the Cancer Care Ontario agency in Toronto.

The study is conducted in three metropolitan areas: Ottawa, Toronto, and Vancouver (see map below). The mission of the McLaughlin Centre is to build an academic program of excellence in research and training in population health risk studies, and to play a leadership role in developing effective population health risk management strategies and policies in Canada and abroad. Working with its partners, the ultimate goal of the Centre is to contribute to the enhancement of the health status of the Canadian population through effective risk management decision making. 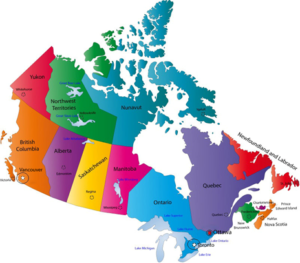 Fieldwork began in July 2013 in Ottawa and Vancouver and in March 2014 in Toronto. It is scheduled to continue through December 2014. Nine cases have been recruited to date. Fieldwork includes coordination of the study, recruitment and interviews, accessing clinical history, in addition conducting the operator validation study, and coordinating the use of the GridMaster program.
For more information on the study in Canada, please contact Ms. Charmaine Mohipp at cmohipp@cheo.on.ca

Dan Krewski: I was the Canadian national PI on the INTERPHONE study of brain tumours in adults, and Canada’s involvement with MOBI-Kids drew on the expertise the team developed during that earlier study.  Vancouver was also part of INTERPHONE, and the inclusion of Toronto (one of the largest cities in North America) in MOBI-Kids Canada means that fieldwork in Canada is capturing some of the most population dense areas of a country with a vast geography.
Charmaine Mohipp: Yes, in addition to conducting the MOBI-Kids study in Canada, we are also currently involved in Mobi-Expo, which is coordinated by CREAL (Spain) in collaboration with UU (The Netherlands), Whist Lab (France), and IFSTARR (France). Here in Canada, the study is conducted by the University of Ottawa, the Children’s Hospital of Eastern Ontario, and the Ottawa Hospital. The main goal of this study is to discover how young people use their mobile phones. We started recruiting volunteers in January 2014, and will continue to recruit volunteers for the next month or so.
Franco Momoli: Brain tumours are unavoidably traumatic, because of their location, relatively poor survival, and the young age at which they can occur.  Yet there is little known about what causes these tumours.  MOBI-Kids is important because it addresses primary prevention in a study that is international and collaborative, both of which are necessary to have any hope of gaining insights.

Dan is Professor and Director of the R. Samuel McLaughlin Centre for Population Health Risk Assessment at the University of Ottawa, where he is involved in a number of activities in population health risk assessment within the new Institute of Population Health. Dan has over 30 years of experience in population health risk assessment. His professional interests include epidemiology, biostatistics, risk assessment, and risk management.
Franco is currently a scientist of the research institutes of The Ottawa Hospital and the Children’s Hospital of Eastern Ontario, as well as a professor in the department of Epidemiology and Community Medicine at the University of Ottawa. His work has involved studies on the etiology of cancer, clinical trials in adults and children, and applications of modern methods of causal modeling. Aside from being the regional investigator for MOBi-kids Canada, in the greater Ottawa region, Franco is also on the analysis task group, helping plan statistical analyses for MOBI-Kids publications.
Charmaine has a MA in applied social psychology and joined the MOBI-Kids team in August 2012. She is also a Research Associate for the Centre for Healthy Active Living at the Children’s Hospital of Eastern Ontario (CHEO). Charmaine coordinates the study in Ottawa, and her role also involves maintaining contact and answering questions from the other fieldwork coordinators across the country to ensure the study is running efficiently in Canada. She is also responsible for coordinating the MOBI-Expo study. 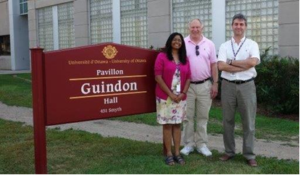 John is the Head of Cancer Control Research at the BC Cancer Agency, Professor in the School of Population and Public Health at the University of British Columbia, and Adjunct Professor in the Department of Statistics and Actuarial Science at Simon Fraser University. He is the principal investigator for the BC Generations Project, part of the Canadian Partnership for Tomorrow Project, the largest health study ever undertaken in Canada. Dr. Spinelli’s primary research focus is on the identification of environmental and genetic risk factors for cancer and in the interaction between genes and the environment, particularly for lymphoproliferative malignancies (lymphoma and myeloma) and breast cancer. He is also active in the development of statistical methodology for epidemiology and other areas of health research.

Agnes received a MSc in Interdisciplinary Oncology at the University of British Columbia (UBC) and joined the MOBI-Kids team in 2011. Agnes has managed multiple epidemiologic studies related to lymphatic and hematopoietic cancers, breast cancer, and systematic reviews in the Department of Cancer Control Research of the BC Cancer Agency for 15 years. 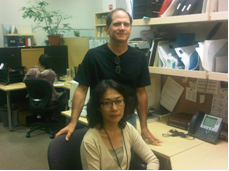 Paul is a clinical psychologist, a Senior Scientist in Research, Prevention and Cancer Control, at Cancer Care Ontario and an Associate Professor, at York University.  His interests in neurophysiological health, cancer prevention and smartphone-cellphone interventions have merged together in the Mobi-Kids project. Technological trends towards more wireless devices used as communication – information tools has motivated an ongoing interest in electromagnetic radiation exposures.

Tina Changoor  has a MSc in clinical psychology and joined Mobi-kids in 2013. Tina liaises with Toronto’s hospital staff and study participants to ensure interviewing and data collection flows smoothly and pleasantly. 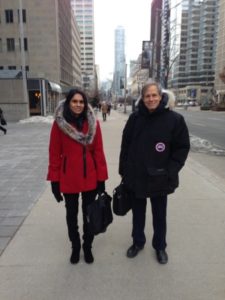 Funding sources: Canadian Institutes of Health Research (CIHR) partnered grant with the Canadian Wireless Telecommunications Association (CWTA).  “In order to ensure that MOBI-KIDS Canada is conducted independently of commercial interests, other than providing technical information upon request, CWTA will not be directly involved with the design, conduct, analysis or interpretation of the MOBI-KIDS study, and will not see study results until they appear in the peer-reviewed scientific literature.  CWTA has restricted its role to that of an advisor on technical matters.